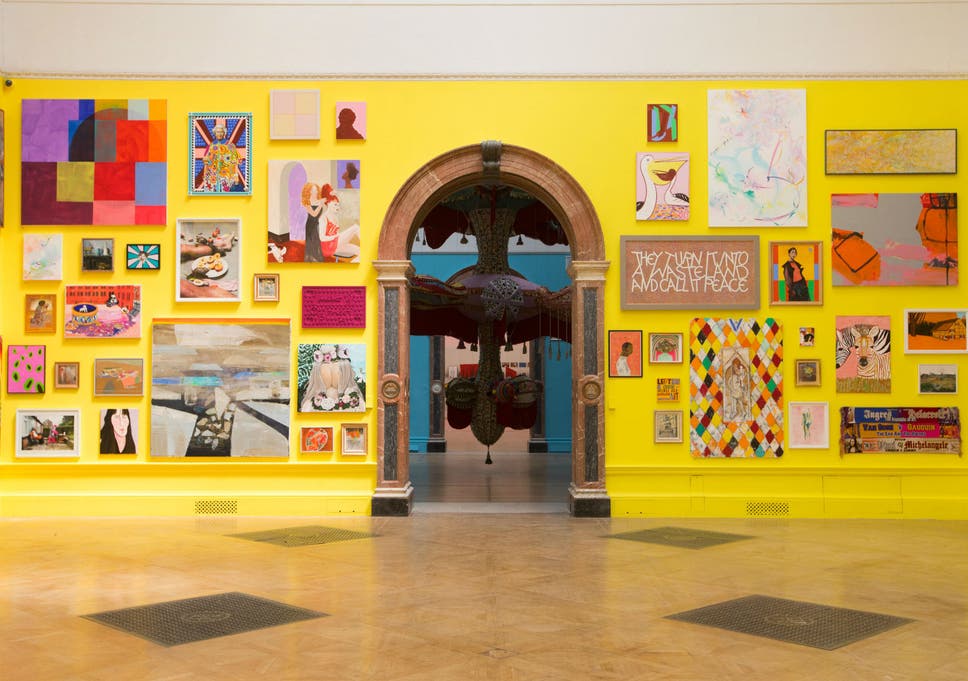 This piece was written in November 2019 – a time pre-pandemic when, for many of us, our pace of life felt very different from the uncertain, unfamiliar rhythms of a world irrevocably changed by Covid-19. In sharing the article again in July 2020, it is intended as an ode to all of the creatives who have continued to bring comfort, inspiration and connection throughout this strange and arduous period of our lives.

‘A Curator’s Fascinator’ tells the story behind the illustration below which won a competition hosted by the podcast Hey Art, What’s Good?. The challenge, inspired by the phrase “I’ll put on my curator’s hat”, was to come up with a design imagining what such an item of headwear might look like...

Having just come to the end of a pretty hectic job and a challenging-in-the-best-kind-of-way MA, I was suddenly confronted with something all too unfamiliar for most of us – time on my hands. Depressingly (and even more so, I fear I probably mean that quite literally) I think there’s a growing tendency to idolise having little to no unaccounted-for time; saying “yes” to everything and racing to squeeze the most out of every 24 hours afforded to us seems to be the expectation, necessity and norm. So, having noticed myself and so many of my nearest and dearest on the brink of burnout, I knew the way to make the most out of my break before starting my new job was to be continually grateful for the time to do just whatever I wanted. And, thanks to Hey Art, What’s Good?, that turned out to include doodling a curator’s fascinator.

“I’m really drawn to this parallel between curators and crossroads: people who connect cultures and, to borrow Obrist’s eloquent turn of phrase, ‘forge untravelled routes’.”

Though I’ve always been an art lover, I don’t think I ever really thought about curating until my first visit to Palace Green Library in Durham. Whilst scrawling down some notes on an exhibition called Books for Boys, I was tapped on the shoulder by a gallery assistant who told me he could put me in touch with the curator if I wanted to ask her any questions. A week later, I found myself following said curator down a concealed staircase to her workspace – a cavernous underground room crammed full of artworks and books (i.e. the stuff of dreams). With cups of tea we chatted about curators as storytellers, whose role is to select and display objects of fascination so as to spark narratives, ideas and new ways of thinking about things. I suppose, theoretically, you could read a book in any order you like, but following that conversation I became preoccupied with the uniquely unbounded nature of curatorial storytelling – maybe there’s even more space for individual imagination that distinguishes encountering works of art from flicking through literature. Sure, there tends to be an intended path around an exhibition, a beginning and an end, but ultimately each viewer will find a route of their own, spending lots of time with certain pieces, floating past others, returning to their favourites and ending the story when they decide it’s finished.

Speaking of books, I’d recommend Hans Ulrich Obrist’s Ways of Curating to anyone interested in this eclectic, endlessly inventive line of work. The catalyst metaphor in my design comes directly from him – it perfectly captures a sense of setting things in motion, creating sparks and intensifying interactions. I knew I was going to admire Obrist as soon as I found out: 1) his first exhibition took place in his kitchen and 2) he felt his calling in life was to be useful and helpful to artists. I love that he was far from deterred by not having a large, white cube gallery space at his fingertips, instead transforming what could have been a drawback into his opportunity to create something eccentric, playful and innovative; instantly conveying that art could and should be found in the everyday. Equally, I was really struck by his fascinating theory as to why so many curators come from Switzerland. As a landlocked country, in the centre of Europe, Obrist’s homeland is at once insular and open; a polyglot culture he sees as perpetually selecting the influences it will incorporate and those it will allow to pass by. Although I’m not from Switzerland (but instead from an industrial town in the Midlands that’s very hard to romanticise in comparison) I’m still really drawn to this parallel between curators and crossroads: people who connect cultures and, to borrow Obrist’s eloquent turn of phrase, ‘forge untravelled routes.’ In our terrifyingly fractured world, I think this aspect of curation is more vital than ever.

Curating as a means to bring people together is something I was moved and inspired by whilst interning at mima and living in Middlesbrough. As a sidenote – if you can apply for funding to make this kind of experience possible – maybe through a university bursary if you’re a student – it’s invaluable for getting you over the obstacle of unpaid placements. One of the many things I love about mima is that it’s an institution centred on being welcoming, inclusive, accessible, valuable and useful to its surrounding communities. Being strangely obsessed with knowing where words have come from, I found out that ‘curate’ comes from the Latin ‘curare’, meaning ‘to take care’ – this is where mima goes above and beyond, taking care not only of its collections, but people, too. Each of their exhibitions incorporates community-driven activities, like craft workshops, English conversation classes for those learning the language and free-to-all shared meals. The topics they cover are so thoughtfully and attentively curated, using art as a magnifying glass to highlight a vast spectrum of urgent yet enduring issues, such as identity, ecology and our complex relationship with the planet we call home. An especially remarkable and pioneering approach to curating was carried out in Living Beyond Limits at mima earlier this year. This exhibition queered Middlesbrough’s collection by inviting people from the local LGBTQIA+ community into the art stores, giving them the opportunity to offer re-interpretations of the works based on their individual narratives, identities and experiences. Each artwork had a label presenting several unique perceptions, attesting to a curator’s capacity to transform a gallery space into a sight and site of community, activism and inclusivity.

With those ideas in mind, a final reading recommendation that influenced my illustration would be anything you can get hold of by Marina Keegan, who wrote, “We don’t have a word for the opposite of loneliness, but if we did, I could say that’s what I want in life.” She’s right, we don’t, but I think if we had to come up with one, then ‘connection’ comes quite close. A lot of curation is about connection. A good curator is like a creative catalyst: connecting ideas, connecting perspectives and connecting people. However – I know I shouldn’t really point out a flaw in my own design – I think a good curator is also unlike a catalyst; maybe in just one respect. If what I remember from GCSE chemistry is right, then catalysts are useful because they speed up reactions. Whilst I began this musing by reflecting on a lack of time, I think curators actually have the opportunity to provide people with the opposite of that. Powerful curation can ultimately make a fast-paced life gently slow down, connecting us with captivating stories and challenging perceptions; urging us to steal moments to simply pause, look and reflect.

This site uses Akismet to reduce spam. Learn how your comment data is processed.